Showing posts from April, 2015
Show all

- April 23, 2015
A Facebook friend of mine shared a news story this week about another incidence of child abuse and posed the following question: I've noticed it's common for abusers to pick one or two children to give the most severe abuse to. Anyone know why? The responses were many but there was one that really stood out (deeply upset) me that I think needs to be discussed because sadly this is not the first time I have heard it. The response was this: I think it comes down to literally who, if anyone, is prayin for them. God limits Himself to our free will, He needs to b invited to help, save us. Some prayer warrior somewhere ignored the call to pray... It's ALL ON US AS HUMANS until He returns!! Shoot, it coulda been ME and I'm sad about that. My first 3 responses magically disappeared before I finished typing them which I think was God's way of telling me to slow down and be respectful because what I was saying needs to be heard and not discounted because of the a
Post a Comment
Read more 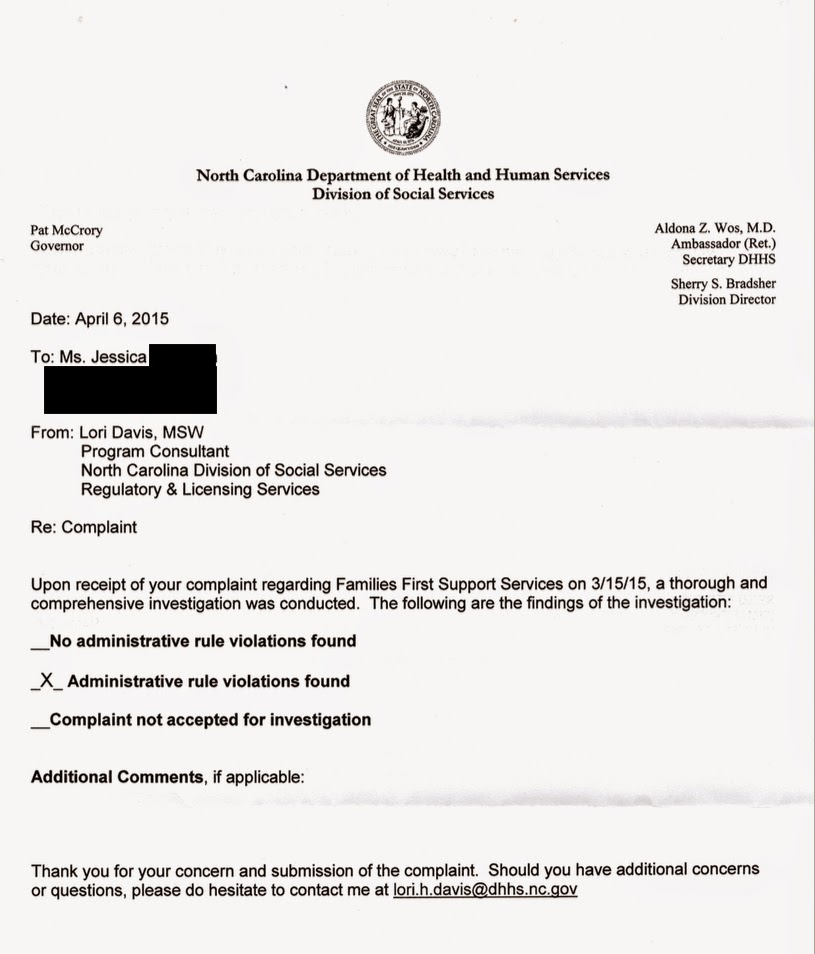 As many of you know, my daughter experienced multiple instances of neglect while in the care of Families First Support Services in Shelby, NC. After finding a great deal of difficulty in reporting what happened to my child, as well as to find other instances where agencies have been reported for abuse or neglect, I have decided to bring it public. This will be a series of posts, not in a particular order as there is a mountain of information I am sorting through right now. I do not believe any parent would knowingly put their child in harms way, but as it stands, parents have NO way to know if an agency or facility has been reported for abuse or neglect. I have spent the last two months making literally hundreds of cold calls hoping to find a way to hold this agency accountable. I have been randomly lucky and will be sharing those agencies who have been helpful as well as those who were not. I am grateful to say that Lori Davis with the NC Department of Social Services: Regulatory
Post a Comment
Read more 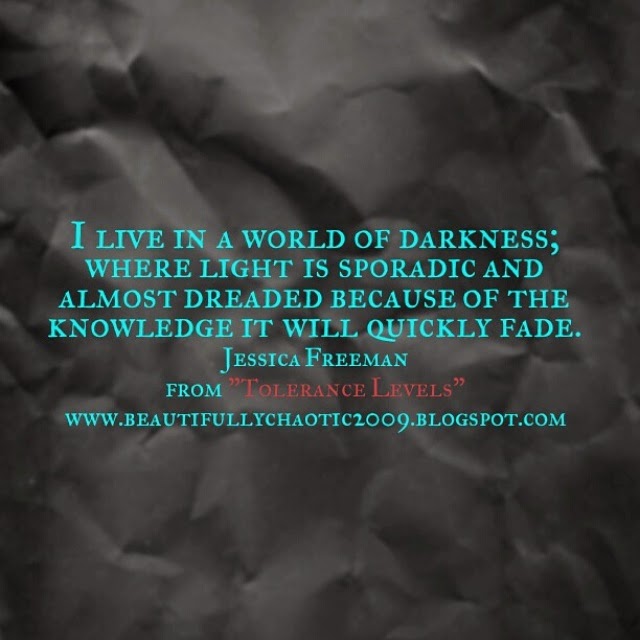 As a trauma mama, I live in a completely different world than most of my friends, and many who choose to follow or friend me on social media. Though it brings me much grief, I don't even fault you for it. Most days I'm jealous and envy your normal. But, I am not alone. I'm surrounded by other mothers who live in worlds you simply can't imagine; where your 5 year old making a moaning sound or your 16 year old waking up dry are a success. A world where the hope is to end the day outside of a psyc er or hospital visit, a world where you are more educated about medication and disease than the latest intern who has been assigned to your case. I live in a world of darkness where light is sporadic and almost dreaded because of the knowledge it will quickly fade. I was reminded earlier of a time when I was still in church and one of my children said, "oh God" in front of the wrong person. She immediately chastised me saying, "I can't believe you let
Post a Comment
Read more
More posts