Act of War or Cry For Help? 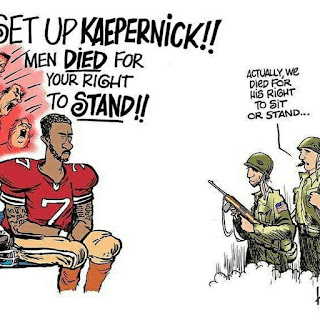 I remember several years ago when I attended a training by Nancy Thomas where she addressed the issue of behavior and how our perception of behavior determines our reaction. In this case, she was addressing disobedience and said something that has stuck with me for many years.

Behavior that falls outside of someone's expectations can be seen two ways, as an act of war or a cry for help.

As I have watched the fury and debate over Kapernick and many other's decision to kneel during the anthem, I began thinking about this a great deal.

For some, those kneeling are seen as committing an act of war. In turn, their response is anger, hurt, frustration, and a very deep misunderstanding.

For others, those kneeling are seen as issuing a cry for help. In turn, their response is to seek to understand, to help, to join so that the person doesn't have to continue to suffer alone.

When Jesus knelt he wasn't protesting the pharisees, He was crying out for help for the injustices and burdens of the world around Him. Athletes who kneel when someone is injured aren't doing so out of a desire to protest the game, they are doing so to show solidarity with the wounded player.

Kneeling has in no other time been considered offensive, as far as I can tell, and I surely don't understand it now. What I will say is that your response to the person kneeling is something that needs to be thought about.

You are offended, angry, frustrated...why? You feel sadness, compassion, solidarity...why?

Act of war against a flag and anthem that stand for freedom and the beauty of living in America?
or
Cry for help for the many people of color in our country who do not live in a free or beautiful America?

One of the hardest things you will ever have to do, my dear, is grieve the loss of a person who is still alive. -Unknown 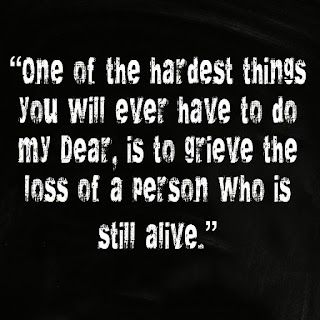 Every day of my life, and far too many people. Some days it bothers me more than others. Today is one of those days.

Choosing healthy and safety doesn't always feel very good when you just want people who should be, to be who they should be. At this point I don't even try anymore. I'm not looking for repair, because the reality is that it's just not healthy. I am enough and worthy of being loved. I refuse to waste one more second hoping I could somehow do enough or be enough to not be disposable.

I have many people around me who do just that.

I just need to get to a place where my heart doesn't ache over it.
No comments:

I recently had someone post a meme asking why certain things, like pancake mix, movies, books, statues were not considered racist when Obama...

AbsenceOfGrey
"I want to bust the world wide open the way you do when you're filled with youth. I wanna engage with lovers and people and fellow cops. I wanna be physical and I also wanna ask the big questions. I wanna taste the tastes and fix the problems. I wanna run headlong into chaos and bad guys and darkness and friends and fun and laugh laugh laugh. I wanna be the best friend and I wanna be the greatest aunt and﻿ most complicated daughter. I want to be the mystery in the room and I want to be known. Embrace your Grace." - Saving Grace