I'm seeing some posts comparing trump's speech at the Boy Scouts Jamboree this year to Hitler's Youth rallies. Some have even gone so far as to call it a Hitler Youth rally, but that is simply not true.
You see, those scouts are not hitler's youth anymore than they are trump's youth.

They are your youth and mine.


They are the embodiment of the beautiful tapestry that makes up America.
Don't for a moment allow a megalomaniac embarrassment of a president to lower their value.

In my sleeplessness or night shifts I spend a lot of time on Facebook scrolling through posts. I see some who post after post insult, belittle, or attack others. My first and honest response is, "Why would anyone dare come close?" But, being me, the one who thinks too much, it just makes my heart sad.

I wonder what happened?

What happened that broke your heart so badly you must constantly breathe fire to prevent anyone from coming close? What hurts formed each brick of the wall around your heart? What storms created a fog of isolation so thick cannot see the many around you who love you, or would, if you would only let them in? What wounds have become so normal you cling to them instead of humanity?

And so I don't react, I keep scrolling. I wish peace for them. I do my best to share peace, love, and kindness and hope that the constant flow someday finds a crack in the foundation small enough to reach in and bring healing.
1 comment:

On Easter of this year blows up, destroys the meal, breaks all the families dishes, throws me (her mother) into the glass leaving her bruised with glass all in her legs. Police arrive and say they can't do anything until I leave her in the home and go file a committal order at the magistrates office (about 40 minutes away). I do this.
A couple hours later officers show back up, arrest her and take her to CMC Randolph. They kept her for 3 days and discharged to home despite my pleas for more intensive help. This is one of many psychological and residential placements. I have attached a document outlining them.
At the end of May the teen was suspended from school for sexual harassment, indecent exposure, and assault over a boy she had been stalking who was not interested in her.
In June she was caught with a stolen tablet and had created a kik account. She was sending sexually explicit photos to random men. Over a 4 day period she developed a relationship with a man from Mexico and made plans to join him. When the tablet was found she punched several dents in the garage, put a hole in the wall, threatened suicide. The therapist came out and stayed all evening calming her.
On June 23 we met with her psychiatrist at CMC Behavioral Health. I literally wrote, "Please help me" on our paperwork and explained to the psychiatrist I feared for my life.
On multiple occasions throughout this time she threatened suicide or self harm, her stalking behaviors became intense towards an older sibling and I. She would threaten to slit her throat or overdose if you did not do what she wanted. She would also break your things and destroy property.
On July 1, she again stole an electronic device and contacted the men from Mexico, giving them our home address. She also stole over $200 and her birth certificate. Another large hole was put in the wall. The therapist again came and began looking for out of home placements. Everyone said no because of the seriousness of her behaviors.
On July 3, she stole a relatives electronic device and hid it inside the couch. When it was discovered I went to call her therapist. In the next few moments she stabbed herself, attempted to take my phone and prevent me from calling for help, and threw a TV at me. She then tried to attack a younger sibling. I intervened and was beaten and chocked before police arrived.
She was arrested and taken to CMC Randolph. She now has domestic violence assault charges. On Friday CMC Randolph decided to discharge her saying she "did not meet medical criteria to stay" but also that she needed a residential placement. No providers were willing to agree to anything less than a residential placement due to the seriousness of her behaviors.
I, as a single mother with 4 other children, am clearly not a residential placement and feared for my life and that of my other children if I brought her home knowing she needed a higher level of care. Especially after such a serious incident only days before.
Because I refused, a CMC Randolph therapist reported me for abandonment to the NC Dept of Children Services.
A few days later a hearing was held at CMC Randolph and despite strong opposition from me, her therapists, and the Department of Children's Services it was ordered she go into states custody and leave CMC Randolph that day.
A full 7 days later and she remained at CMC Randolph because they could not find placement either.
On July 21 a placement was found. A hearing was also held concerning the original abandonment/neglect charges.
Despite a placement being found the court chose to proceed with the abandonment and neglect charges. My child has now been placed in DCS custody as a dependent neglect child.
I am sick. So so sick. Mental health providers should not be able to tear apart families to keep from doing their job. Their negligence and laziness has cost my family deeply. No one asks a mother of a child with cancer to give up their child so they can live.
Mental health treatment should not come at the cost of a family. My daughter may be too dangerous to live in a home, but she deserves to continue to have a mother who advocates for her. I do not understand how a facility can discharge or threaten to discharge a child to a parent with recommendations for a residential placement. What other choice did I have but to refuse? No parent should have to make that choice. What is even more sickening to me is that CMC Randolph did end up keeping her until a placement was found as I originally pleaded with them, but this was after reporting me for neglect and having her removed from my care. Please please help.
When I have begged and pleaded with police and mental health professionals I have been told it is a system problem, to write my congressman, that there is nothing else they can do.
There has to be something, even if it is changing the laws or changing how patients can be discharged.
Please help.
No comments:

What if Charlie Gard Was Syrian?

I am happy for this family. I am emphatically ProLife. I am also deeply disturbed by this decision. Charley Gard's life is no more important than the lives of the Hispanic children, Syrian children, Muslim children, or any of the many many children who die or will die if left in their own country. 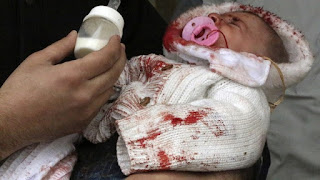 All this decision really says is that if you are a white Christian family with the ability to navigate social media effectively the US will step in and help. This is not a pro life move, this is a pro specific life move. 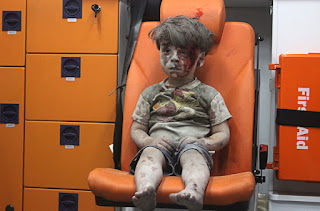 Right now is a time of self sacrifice, a time of stepping up and beyond your normal. I’m here right now to tell you, ITS OK NOT TO. Anyone...