Showing posts from October, 2017
Show all

It is a Heart Issue, An Evil Issue, A Person Issue, AND a Gun Issue 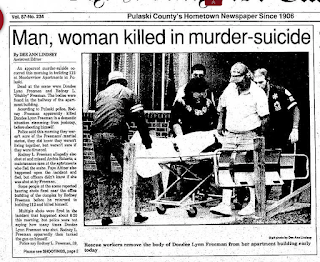 What I'm guessing many people do not understand when they claim that "it isn't the guns fault" anytime there is ANOTHER incident of gun violence is that it being a heart issue, people issue, or evil issue does not negate the fact that it is absolutely a gun issue . No private citizen has any business having automatic or semi automatic weapons. No private citizen has any business having that many guns. There needs to be much stronger gun legislation without all the loopholes that allow this type of tragedy to occur. Every delay and difficulty in the ability to obtain guns is another moment potential victims get to live. I say this as someone who is a victim to gun violence. On October 3 1990 my father shot my stepmom and himself. With his history of alcoholism and domestic violence he had no business legally owning a gun, but he did, he had many. And yes, if he were intent on killing her and himself he could have used a knife or rock (as people stupidly sugges
7 comments
Read more
More posts